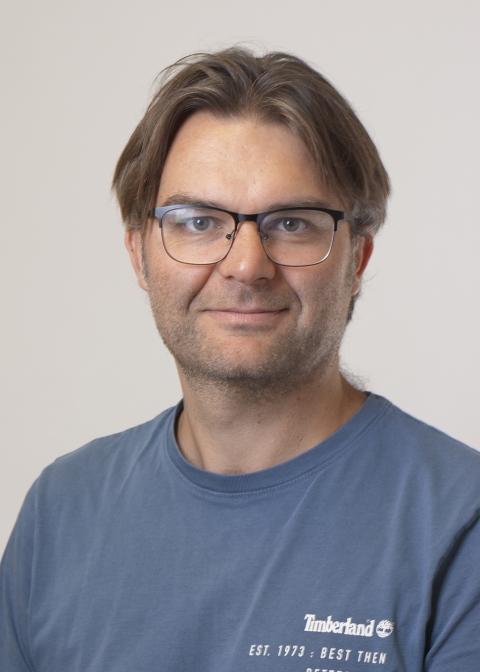 The eukaryotic cell is organized into different compartments and organelles, which require the directed transport of macromolecules within the cell. Our research group studies proteins and protein complexes responsible for such intracellular transport that organizes the inner life of eukaryotic cells.

Currently, we have a strong focus on how the cilium organelle is constructed and maintained by means of intraflagellar transport (IFT). Cilia are slender membrane-surrounded organelles found on the surface of most eukaryotic cells (see figure). A barrier at the base of the cilium separates the organelle from the cell body necessitating active transport of both soluble and membrane associated protein cargoes via IFT.

For most of the 20th century, cilia were investigated solely for their role in cell motility (e.g. the sperm cell). However, around year 2000 it was discovered that cilia serve diverse functions as signalling hubs that integrate several pathways to facilitate organismic development in mammals. Together with the observation that mutations in ciliary genes result in ciliopathy diseases in human with pathologies such as blindness, obesity, mental disabilities, sterility and cystic kidneys, this has led to an explosion in cilium research.

Although it is now widely accepted that IFT is key to cilium formation and function, we still know only little about the molecular mechanisms of IFT-mediated cilium formation: 1) how do IFT proteins assemble into macromolecular complexes of about 30 subunits (forming IFT-A and IFT-B sub-complexes) that further associate into so-called ‘IFT trains’ (polymeric structures several 100nm long), 2) how does the IFT machinery recognizes ciliary proteins as cargoes for transport between the cilium and the cell body and 3) how do small GTPases regulate processes of ciliary trafficking. We aim to provide deep molecular insights into these questions using biochemistry, biophysics and structural biology as a central techniques.

1. Assembly and structure of the IFT machinery

IFT protein assemblies serve as large adaptors that mediate the recognition of molecular motors and ciliary cargoes required to assemble and maintain functional cilia. Given that the complete IFT complex has a molecular mass in the MDa range and is composed of up to 30 different protein subunits, the tasks of reconstitution and structure determination represent significant challenges.

In our lab, we use techniques of protein co-expression in bacteria, insect cells and mammalian cells to produce large multi-subunit IFT complexes for structural and biochemical studies. So far, we have reconstituted IFT protein complexes of up to 15 subunits (Taschner, Weber et al., EMBO J 2016) and determined the structures of several IFT proteins, which have significantly informed us on IFT complex assembly and function (see figure).

The long-term goal of our research is to decipher the structure of the complete IFT particle to understand how it functions in IFT train assembly and the selection of cargoes for intra-ciliary trafficking. Furthermore, crystal structures of IFT factors serve as models to decipher the molecular mechanisms of ciliopathy mutations to help us understand the basis patient pathologies.

2. Recognition of ciliary cargo by the IFT machinery

A major function of the IFT machinery is to recognize and transport cargo into and out of the cilium organelle. Cargoes include both protein factors that are part of the ciliary backbone (known as the axoneme) as well as certain signaling factors such as G-protein coupled receptors (GPCRs) that function in the ciliary membrane to transfer extracellular information to the interior of the cell.

As an example of the recognition of a cargo destined for the axoneme by the IFT system, we determined the structure of the N-terminal domain of the protein IFT81, which demonstrated a well-conserved tubulin-binding domain that is required for the transport of ab-tubulin hetero-dimers to the tip of the cilium by IFT (Bhogaraju et al., SCIENCE 2013). We also determined the structures of factors involved in the IFT of large protein complexes known as Outer-Dynein-Arms (ODAs) required for the beating of motile cilia (Taschner et al., JBC 2017).

Currently, we are trying to decipher the molecular basis of how the protein Tulp3 recognizes ciliary targeting sequences in membrane-associated signaling receptors to traffic these into the cilium via the IFT system (see figure below).

The 3 Rab-like small GTPases of the IFT complex appear to be rather unique as they lack the C-terminal prenylation site required for membrane association and have low mM affinity for nucleotides. Currently, no activators for GTP hydrolysis or exchange factors mediating the exchange of GDP for GTP have been identified for IFT small GTPases.